Thumotic
Home Legal & Law What Is A Social Justice Warrior? 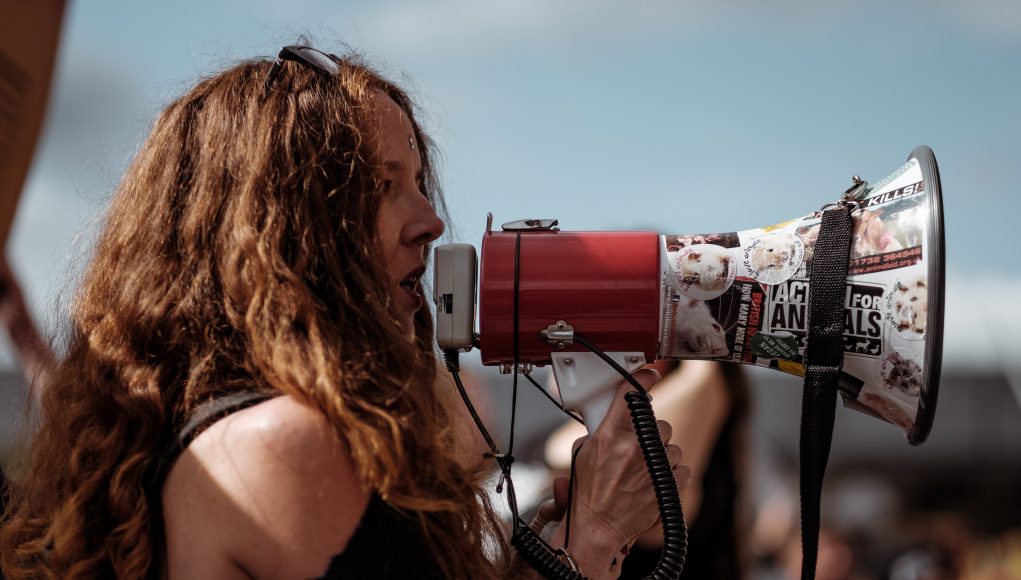 Many readers have seen the acronym SJW (Social Justice Warrior) and have a partial understanding of what the phrase means. The goal of this post is to provide a complete definition, historical context, and some guidelines for how you should treat feral SJWs in the wild.

Social justice warriors believe in an extreme left-wing ideology that combines feminism, progressivism, and political correctness into a totalitarian system that attempts to censor speech and promote fringe lifestyles while actively discriminating against men, particularly white men. They are the internet activist arm of Western progressivism that acts as a vigilante group to ensure compliance and homogeny of far left thought.

Social Justice Warriors are naturally weak people who crave a sense of power in their lives.

Everyone wants to feel powerful and accomplished; healthy people fill this need by creating, giving, and offering value. Social Justice Warriors are not capable of doing this, so they try to tear the rest of the world down to their level.

Lacking the ability to create, Social Justice Warriors seek to destroy. On the surface, they justify their actions in a garbled parroting of left-wing ideology, but raw envy is the emotional animus that gets them out of bed in the morning.

Where did they come from?

Social Justice Warriors were created by the democratization of Radical Academia.

Much can be said against the 1960s/70s Marxist radicals – they were an unprincipled, self-absorbed, and misinformed bunch of crooks who destroyed a great nation – but at least they had competence going for them. They were intelligent and effective in their pursuit of ignoble ends.

This is exactly what you would expect from a bunch of Harvard and Yale over-achievers. The Radical Left started out in elite institutions, and was thus made up of elite people. But since then, their ideas have seeped downstream into our second- and third-tier institutions, with embarrassing results.

The post-war activist generation – i.e. Barack Obama, who worked for Bill Ayres, and Hilary Clinton, who helped defend the Black Panthers at Yale – went on to form the liberal and moderate political elite of the country.

Whatever their crimes, this generation of intelligent and socially adroit radical activists is at least able to eloquently present their flawed worldview. In stark contrast, the current generation of unemployed community-college-educated mediocrities can only rant and rave incoherently on Tumblr.

How do you defeat them?

You have to recognize that Social Justice Warriors are not intrinsically bad people:

In a healthy society, emotionally unstable people with unexceptional talents would be guided into humble careers and a stabilizing social network. If they had that support, the vast majority of modern-day SJWs would be living productive, happy lives.

Instead, they have been raised to see themselves as a cognitive and moral elite. Their ideology of oppression and privilege leaves them with no moral obligation to society. Post-modern academia has taught them to eschew logic, evidence, and honest discourse. They are monsters, but they did not become monsters all by themselves.

From both a practical and rhetorical perspective, your love is a more effective weapon against them than hatred. Your anger will only fuel their passions, while rhetorically elevating them to your level. If you can empathize enough to offer them your honest and effusive pity, you will demoralize them completely.

How can you avoid them?

As a young man in the 21st century, you should make every effort to avoid Social Justice Warriors in your personal life.

Why? Because they are worse than evil – they are losers. The defining characteristic of the Social Justice Warrior is not a political orientation, it is unhappiness. If you let them in to your life, their negativity will sap your life force and leave you less joyful and productive than you otherwise could be. To be a winner, you must surround yourself with winners.

For your own safety, happiness, and peace of mind, you should make every effort to avoid Social Justice Warriors in your personal and professional life. The most effective way to do this is to create a lifestyle that is antithetical to their values.

Lift Weights and build a healthy body that communicates strength and self respect.

Read great books – SJWs wade in the intellectual shallows of third-rate academia and clickbait journalism. Swim out into deeper waters and leave them behind.

And most importantly of all, you can make a conscious effort to be generous, positive, and joyful in your daily life. Not only will this mindset make you a happier and more pleasant person to be around, it will also repel the negative, angry, damaged sorts of people who are drawn to the Social Justice Warrior ethos.

Basic laws and rights to be known to the common public

What are the basic concepts behind a law?