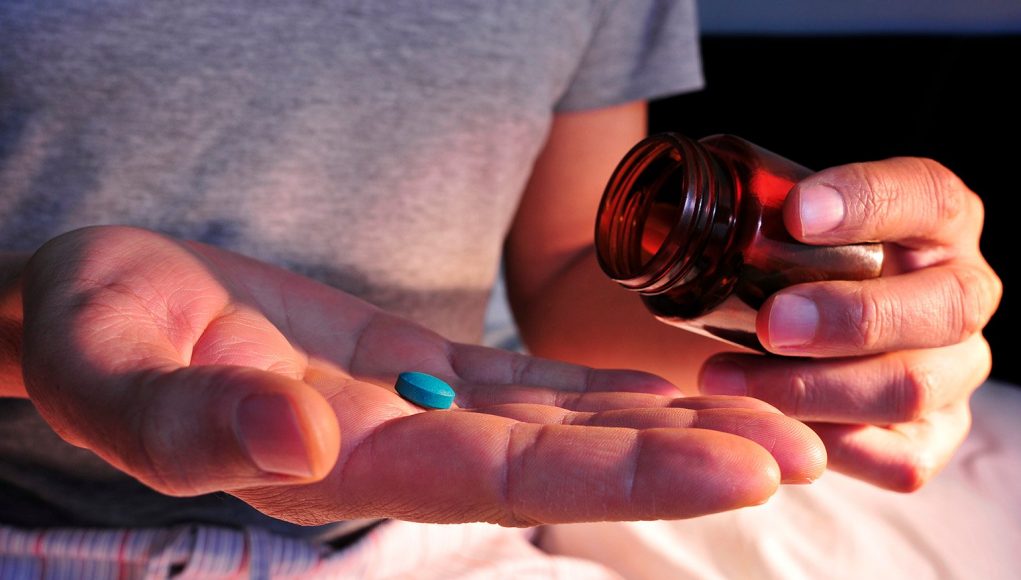 Above all else, the Red Pill is about self-improvement. Sure, we enjoy a good laugh at rotund feminists and mentally ill manginas, as much as the next fella. But that’s just an entertaining sideshow. At our core, we are a group of men dedicated to self-improvement in every facet of our lives.

I argue that we have two major advantages over mainstream sources of personal development advice. One is a willingness to be politically incorrect.  When it comes down to being right, or being polite, Dear Abby will choose politeness every time. The Red Pill will not.

The second advantage is a healthy mistrust of conventional wisdom.

The Red Pill man has come to learn that his official information sources (academia, mainstream media, and conventional wisdom) are not to be trusted. So while most men blindly follow the standard terrible advice that a healthy diet includes a loaf of bread every day, the Red Pill man will not resist the idea that eating paleo is the way to go, no matter what the academics, experts, and USDA food pyramid says:

(Red Pill Truth: You should literally eat the exact opposite of what this chart suggests.)

If you’re new to this corner of the internet, this post is an introduction to what the community has to offer you. If you’re a veteran, share this article with friends who you think can benefit from some Red Pill wisdom. Now let’s get started and take a look at Seven Ways The Red Pill Will Improve Your Life:

1. You will stop reading bullshit on the internet

What are you reading right now? Is it a list of 20 Signs That You Were A 90s Kid? Is it 14 Celebrity Reactions To The New Miley Twerk Video? No, you are reading about seven ideas that will make you stronger, smarter, more productive, and more successful in life. Welcome to the Red Pill, a ‘safe space’ for men who actually give a shit.

The rest of the world is filled with men who have given up on life. Men who will call you ‘obsessed’ if you work out and stick to a diet. Men who will not approach beautiful women because they’re afraid of being ‘creepy.’ Here is a picture of a gathering of men from the mangina core of Reddit, who almost certainly think that The Red Pill is bad, bad, bad:

In contrast, I have met a few guys from the Roosh V Forum and they have all been impressive and interesting people, working hard and hustling to improve themselves.

My favourite sentence of all time (credit to Jim Rohn) is: “You are the average of the five people you spend the most time with.” I believe it applies to online communities as well.

Here’s a fun game. Go to a mainstream relationship advice forum (such as r/relationshipadvice) and click through a few threads. Conventional dating advice to men consists of a few cliched refrains:

This is – to put it lightly – not the same advice you will receive from men like Heartiste, Krauser, and YaReally. Mainstream dating and relationship advice consists of equal parts useless platitudes, and counter-productive self-sabotage.

I have been pushing the paleolithic diet on my friends and family for almost five years now, ever since Gary Taubes’ excellent book, Good Calories Bad Calories. The world is starting to come around with popular books such as Wheat Belly, (a good popular introduction) but the evidence has been clearly in favour of high-fat, grain-free diets for a long time. As Taubes points out, diet books from the 1800s recommended restricting bread and pasta.

But the majority of people were very slow to come around to the idea that grain makes you fat and unhealthy, because it is the exact opposite of what they’ve been taught by respectable academics and mainstream media since the 1970s (coincidentally, the same time period when Americans started to get fat).

In my case – as a proto-Red Pill man who already recognized the conventional wisdom in economics, political correctness, and a few other topics – I was immediately receptive to the idea that ‘official science’ could be deeply flawed, and adopted healthier eating habits.

The Red Pill community is also one of the few places that keeps an open mind to the potential benefits of Testosterone Replacement Therapy for Young Men. The benefits of TRT for 30+ (and some 20+) men are indisputable, and yet most online communities won’t mention anabolic steroids, either out of ignorance or a desire to sell you supplements. I wonder what this guy’s secret is:

Not to rag on good training, diet and supplement advice (I supplement with Zinc and Vitamin D and I recommend you do the same) but it is ridiculous to write about high-level strength training and bodybuilding, without mentioning the elephant in the room. Red Pill blogs will not hold back from telling you the truth.

4. You will avoid making stupid mistakes that will ruin your life

It’s a hard world out there, and men are not helping themselves by making unforced errors. The Red Pill is the only community that gives you the no-nonsense advice to avoid the major landlines: Don’t marry the wrong woman. Don’t get accused of rape. Don’t get a worthless university degree.

The rest of the world will tell you that sluts make great wives (don’t you want a girl with experience?), false rape is an imaginary bogeyman, and you should follow your heart and get that masters in cheese appreciation with a minor in gender studies.

5. You won’t feel guilty about being who you are

The world outside of the Red Pill community wants you to hate yourself for being a man. Consider that Return of Kings, the most diverse and prolific collection of Red Pill articles on the internet, uses the tagline: “Return of Masculinity”. Sounds reasonable, right?

But in reaction to the (hilarious) Return of Kings article on 5 Reasons to Date a Girl With An Eating Disorder, some cog in the Yahoo! content-vomit machine wrote:

“The site uses the tagline “Return of masculinity,” which looks curiously like misogyny”

In the eyes of these people, masculinity is misogyny and misogyny is a hate crime of the highest order. There is no room for cooperation between masculine men, and the sort of woman who interprets the mere expression of masculinity as offensive. If you’ve had the misfortune of a liberal arts education, you’ve probably been well-indoctrinated in the anti-male, anti-masculinist ideology of post-modern feminism. The Red Pill will cleanse you of whatever negativity in your self-image remains.

In a similar vein: If you’re white, you have spent your life listening to the exact same guilt trip about your race. But at some point, we in the Red Pill community got tired of the idea that the ‘legacy of slavery’ and the ‘invisible backpack of white privilege’ is responsible for every evil in the world. We started reading eye-opening blog posts by men like Steve Sailer and Chuck Ross, who showed us the hypocritical reality behind modern racial politics. As Bill Burr says, we’re all out of white guilt:

(Incidentally, I believe that modern progressive racial ideology is at least as harmful to American black men. But that’s a topic for another post.)

It’s interesting to note that despite our rejection of race politics and the victim-mongering industry, the Red Pill blogosphere would do just fine in an EEOC Diversity audit. Some of our best and most popular writers are Black, Latino, Asian, and Middle Eastern, and for the most part no one gives a shit and gets along great. There are a lot of heated conversations about racial issues on the Roosh V Forum, but at the end of the day we’re all big boys and aren’t afraid of offending each other.

Contrast this with a typical liberal – equally terrified of other races as he is of accusations of racism – who makes nice noises about multiculturalism and then spends $30,000/year to send his kid to an all-white school.

6. You Will Build A Network of High-Quality People

The next step in the Red Pill community, and I suspect it is coming soon, will be an explosion of Red Pill men coming together in real life.

Does meeting people off the internet sound weird to you? Here’s something that’s a lot weirder: Spending your entire life with a weak crew, when you could be strategizing, sharing ideas, and chasing girls with like-minded men. Have you moved recently? Are you stuck in a rut with friends who don’t share your desire and determination to improve your life? If so, throw up a message on the Roosh V Forum or r/TheRedPill and see if you can find some new crew members in your area.

7. You Will Expand Your Mind

As much as our opponents would like to believe otherwise, this community is one of the most literate on the web. Yes, there is plenty of crude humour and practical advice. But a man cannot understand the essence of the Red Pill community unless he spends many hours boning up on the scientific and historical foundations of our ideas. One of my main objectives in writing Thumotic is to encourage young men to read every title on my Great Books For Men page.

At the end of the day, The Red Pill is nothing new. The truths we teach would be old news to Plato, Seneca, Shakespeare, Defoe, Carlyle, Nietzsche, and basically any respectable pre-1960s thinker. The great men who built our civilization would be inclined to view our community as an outpost of sanity in an otherwise insane world. Here at Thumotic, we have to read the great books of the past, because everyone in the fallen 21st-century western world thinks we’re insane. 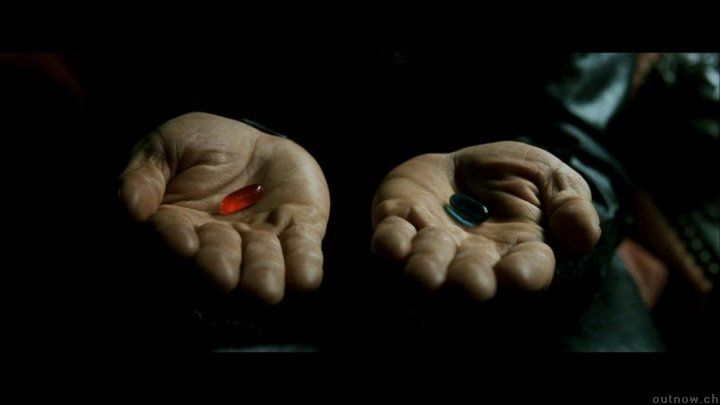 The Red Pill community gets a lot of bad press, and we’re going to start getting a whole lot worse as we continue to grow in size and influence. But none of it will change who we are – Men – unashamed of our identity; unafraid of offending fragile minds; looking to the wisdom of our ancestors; and above all, dedicated to improving ourselves in every aspect of our lives.