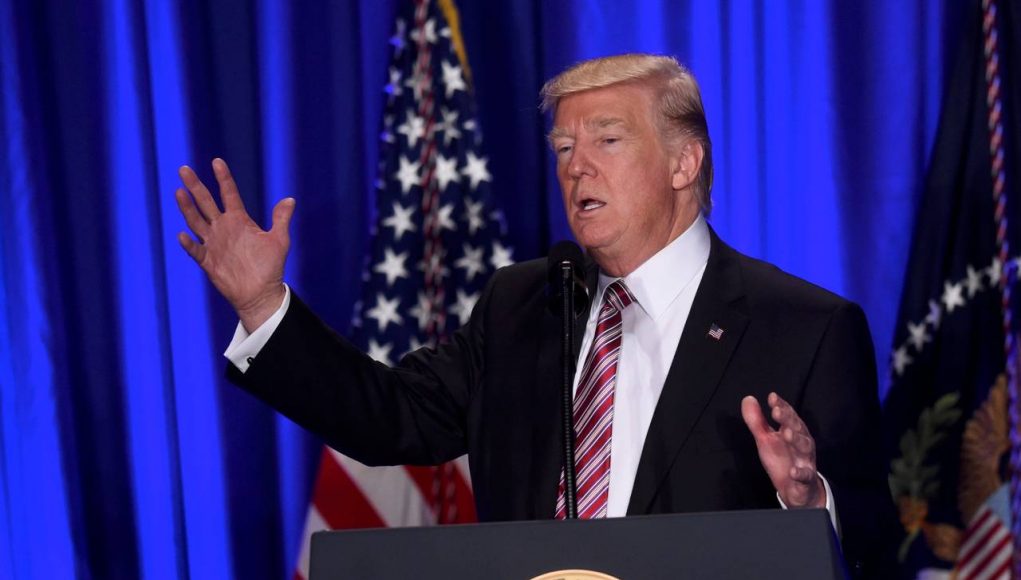 This post details three policy proposals that Donald Trump’s administration should consider implementing in their first 100 days. These policies are not uniquely urgent or important, but they share three crucial characteristics:

Modern farming practices are disgusting beyond belief. Millions of sentient, feeling, thinking animals are tortured from cradle to grave. Cows and pigs are roughly as intelligent as dogs. Have you ever owned a dog? Imagine putting your dog through that life; now imagine doing that to millions of dogs.

I’m probably the last person you would expect to be an animal rights activist. Even as I started typing this post, my interest in criminalizing factory farming was primarily driven by the prospect of scoring cheap political points and promoting leftist cognitive dissonance. But the more I think about it, the more I find I really do care. Factory Farming is Evil.

How can Trump end factory farming? Simply, by mandating that all food produced or consumed in America adheres to a high standards of humane care and slaughter. We could also impose a maximum annual revenue per farm ($50 million or so) to end industrial farming practices and promote a return to farms run by families and small business owners. New regulations could also include requirements to minimize use of antibiotics, grain feed, and other practices that contribute to the destruction of our environment and our health.

This policy would be catastrophic for industrial agriculture (good) and lead to a massive boom in small-scale, organic, sustainable, humane farming (good). It would lead to a significant increase in food prices (bad) but this could be offset with a targeted program to help low-income Americans with their grocery bills. It would be a massive transfer of wealth and capital from wealthy to poor, and from urban to rural.

The best part of this idea is the response it would provoke from the left. Prepare to watch, as lifelong progressives suddenly discover their deep ideological commitment to free enterprise and the inalienable right of Monsanto to destroy our environment, poison our bodies, and torture intelligent mammals, because the alternative is a decline in GDP and agricultural productivity.

Unless something changes,  South Africa will almost certainly suffer the same fate as every single other former African colony. Trump should thus offer refugee status to all white South Africans, because they are facing an immediate and credible threat of genocide.

It’s impossible to overstate the rage and cognitive dissonance this would provoke from the left. Rescuing white South Africans is clearly a good and moral thing to do, but it would send Anti-Trumpbots into paroxysms of rage because… because…. because… *heads explode.*

Pause for a minute and reflect on the absurdity of it all. Progressives tend to believe:

Opening the door to South African refugees would force the left to repudiate all of these premises. Prepare to watch, as lifelong progressives suddenly discover their deep ideological commitment to new cognitive dissonance salves, such as: We can’t accept these refugees because they will hurt our economy; it will cost too much to process them; We can’t accept these refugees, because they are only under imminent threat of genocide – we should only grant refugee status to people who have already been murdered and buried in mass graves; this isn’t America’s business, we aren’t responsible for solving all of the world’s problems.

Best of all, accepting South African refugees would provoke many on the left to make their true motivating principle explicit: White people are inherently, irredeemably evil, and deserve to be murdered. Certainly there are some people who believe this. How many? I don’t know, but I’d like to find out.

3) Revoke White House press credentials, and replace them with the most open and transparent administration in American history

Mainstream media outlets have sacrificed their credibility on the altar of a failed attempt to prevent a Donald Trump presidency. The American people do not trust the press. They have proven themselves unworthy or our trust, our clicks, and the immense power they’ve been granted as the Fifth Estate in American politics.

So: why should the legacy media be granted special privileges or institutional legitimacy? Answer: they shouldn’t.

This doesn’t mean we should interfere with their right to free speech. Jeff Bezos and Carlos Slim should be free to continue operating their blogs in peace. Univision and Time Warner can manage their YouTube channels with impunity, as is their right. But in the internet-driven media environment of 2016, no self-appointed news organizations – least of all those that failed to do their duty during this election – should receive privileged access, leaks, tips, background interviews, or any other privileges not also available to Citizen Journalists.

Hilariously, old media hacks are already starting to chafe at the new reality:

In a highly unusual move, President-elect Donald Trump on Tuesday night left his Manhattan residence without notifying the reporters covering him or giving any indication of where he was going. The maneuver seemed to deliberately limit access to the media.

With his Tuesday night actions, the Trump Administration is shaping up to be the least accessible to the public and the press in modern history.

Prepare to watch, as the mainstream media starts making impassioned pleas for their continued relevance and special status in a world that has left them behind. Just as Uber and other ride-sharing companies opened our eyes to how awful the taxi industry had become, citizen journalists and opinion commentators like Julian Assange, Mike Cernovich, Scott Adams, Stefan Molyneux, James O’Keefe, Paul Joseph Watson, and a legion of anonymous shitposters, have shown us how ignorant, biased, compromised, stupid, and (worst of all) boring the mainstream media has become.

So: Chto delat with the Journalists? Shall we pursue the Shortest Way? No. The worst sin toward our fellow creatures is not to hate them, but to be indifferent to them. Let Trump, and us, be indifferent to the self-discredited press. Let’s also not succumb to the temptation of creating a new press pool of Trump Loyalists. Rather, let’s develop platforms for direct and transparent two-way communication between the White House and the public: Social media, secure petitions, digital town halls. I think Trump would do well in the podcast format.

Bottom line: The press is an irrelevant gatekeeper in a rapidly disintermediating world. Let’s help them along in this process, starting with the revocation of their special access to the WH.

*
Which of these policy proposals should Trump prioritize? You can help decide by participating in a short poll: