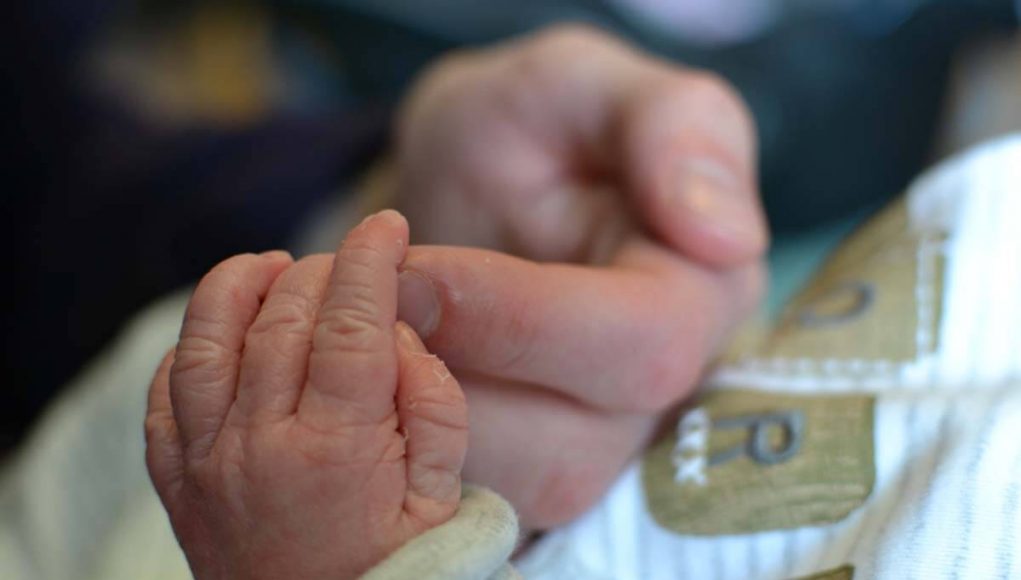 A boy is born.

The first person he meets takes a sharp knife, and hacks off part of his penis. This is the only favour that American society will ever do for the boy: Introduce him to the world with a brutal declaration of its hostile intent.

The boy wants to run, play, and wrestle. He wants to compete with other boys, explore, take risks, and get hurt. He wants to test the limits of his young body. He wants to be a boy, but this will not be allowed.

The boy spends the majority of his time in a stale classroom that has been designed by feminist educrats to cater to the needs of young girls. Competition, exploration, and accountability are discouraged. Obedience, order, and effort are elevated as the highest virtues.

The boy is prescribed heavy amphetamines that make him sit still and focus on his busywork. He takes drugs that I, a twenty-nine-year-old man with an interest in biohacking and nootropics, am too cautious to use regularly.

The boy identifies one or more passions which utterly captivate him: books, computers, engines, tools, math, the science of living things – the list goes on. He is permitted a small amount of time to explore these passions, but his new obsessions come second to the finger-painting and scrap-booking activities of his core curriculum.

The boy discovers girls. He spends the next thirty years obsessed with them. He wants female attention, sex, and love, more than he has ever wanted anything in his life.

When the boy asks his parents and other authority figures how to attract women, he is told to “just be yourself.”  When he points out that all the girls chase after assholes, he is told, “Don’t worry, girls are only like that when they’re young. Nice guys like you will get the girl in the end.”

The boy is inwardly repulsed at the idea of being the ‘nice guy’ and settling down with a thirty-year old woman who has spent her twenties hooking up with the ‘sexy guys’ – but the boy senses that such an idea is so politically incorrect, that expressing it would earn him the hatred of everyone he loves.

The boy is confused. He knows, in a factual sense, that he is a male of the human species. But he has no idea what it means to be a man. His father is either absent or neutered. His pop culture role models are Homer Simpson the doofus; Ray Romano the doormat; Ted Mosby the bitter nice guy.

His teachers begin to school the boy in his culpability, as a white male, for all the world’s problems.

The boy knows he feels attracted to women, but he subconsciously recognizes that heterosexuality is considered boring, uncool, and vaguely immoral, while homosexuality is an easy path to social recognition, encouragement, and a coherent group identity.

The boy decides that life is confusing and ambiguous, and makes his peace with it. He presses on.

The boy goes to college, because he is told that’s how you get a good job. He is excited by the opportunity to meet girls who are more intelligent and less shallow than the ones in his high school. The boy takes out a student loan that will eventually grow to six figures.

The boy studies hard, lifts weights, and – acting on the advice he receives from his mother, when he complains to her that he still doesn’t have a girlfriend – he joins a club and an intramural sports team.

The boy is surprised to find that college is a lot like high school. The new cool guys resemble the old ones, and he is not one of them. His coursework is even easier, less practical, and more infused with political correct pablum than it was in high school. Girls continue to ignore him, except for those he helps with their schoolwork.

One girl becomes his ‘best friend.’ She complains to the boy often about the jerks she can’t seem to stop dating.

The boy assumes the girl will be overjoyed when he tells her he is infatuated with her. The boy knows that most girls go after assholes, but this girl is different. She doesn’t want to be with her boyfriend who treats her poorly, she – in her own words – wants to find a nice guy.

The boy makes a grand romantic gesture. He cries for the first time in his adult life.

The boy decides that he has had enough. He is nice; he is doing well in school; he is healthy and reasonably good-looking. He doesn’t understand why girls still won’t pay attention to him, but he’s ready to do something about it. He opens his laptop and searches “how to attract women”, “how to meet girls in a bar”, and “why do girls like jerks?”

The boy finds blogs like Thumotic, Heartiste, Roosh, Bold and Determined, Danger and Play, and Krauser. He is horrified. These people are awful, according to everything that he has ever been taught.

But, many of the things that these awful people are writing… they sound accurate. All the men whom he has watched succeed with girls, they seem to be following these blogs’ advice, consciously or not. The boy starts reading.

Several weeks later, the boy tells his friends about his new hobby.

The reaction is volcanic:

“You have got to be kidding me!”

“That is soooo fucked up!”

“You can’t actually be reading that shit? They are literally rapists!”

A little voice inside the boy wants to fight back. He wants to shout, “They’re not so bad! They teach men how to Get Healthy, Make Money, Read Great Books, and yeah, they give advice on How To Attract Women that actually works! Why is that so awful?”

But the boy knows: If he doesn’t acquiesce, he will lose everyone that he cares about. He will become a pariah, which is an even worse fate than a sexless ‘beta male’. The boy feels guilty for even using the word ‘beta’ in his thoughts. He apologizes to his friends and makes nice noises about not knowing ‘just how bad those pick-up artists really were.’

The boy is lucky to get a soul-crushing job that will allow him to pay off 10% of his student loan per year. He goes into even more debt to get a condo and a decent car, because he has been taught that grown women will never sleep with a guy who lives in a shared house and takes the subway to work.

The boy tries online dating and get zero replies to his first 200 messages.

The boy signs up for Tinder and spends a week swiping right on almost everybody, with zero matches.

The boy meets one or two single girls per year through his small social circle, but they always seem to wind up dating assholes they meet in bars.

Something inside the boy snaps

The boy spends his 30th birthday by himself, finishing a bottle of whiskey, staring at a loaded gun, and trying to build up the courage to kill himself. He fails, and hates himself all the more for it.

The boy used to watch romantic comedies and fantasize about finding a cute, quirky girl who would love him and want to build a life together. The boy used to fight back tears, thinking about the girls who rejected him. The boy used to fall asleep clutching one of his pillows, imagining that it was the girlfriend who never seemed to materialize.

But that was the boy, and now we have the man: A cruel, twisted version of what he once was.

The man hates the women who rejected him, and the men who succeeded where he failed. He posts on anti-Red Pill forums such as www.puahate.com, complaining about “jerks” and “players” and “sluts.”

One day, the man tries to sign into the PUA Hate forum and finds that it has been taken offline. The man learns that Elliot Rodger, a bitter virgin who hated pick-up artists and posted frequently on puahate, killed four men and two women in a murderous rampage.

The man understands Rodger, and empathizes with his rage. Like Rodger, the man hates the society that let him down. He cares for nothing and no one. The man keeps his seat on the bus, while elderly women and crippled war veterans stand. Some combination of laziness, cowardice and apathy keep the man from taking the same path Elliot Rodger did. But the man understands why he did what he did. He feels none of the obligation and responsibility that a healthy civilization requires.

The man dies, forgotten and alone. The boy wanted to be a piece of kindling: igniting from the embers of his predecessors; burning as part of something bigger than itself; and surviving long enough to give light to those coming after him. Instead, the man was a solitary match that caught, burned, and disappeared, all to no effect and little notice.

The boy could have been saved. The tools were there. A few books and a few months of practice were all that stood between him and an active dating life. The boy would have used those tools, if it weren’t for the people who convinced him that wanting to be happy and successful is the worst thing that a man can do.

What is The Red Pill?

The Red Pill is an attempt to rescue the boy.

The Red Pill is a temporary replacement for the missing fathers, role models, and masculine cultural icons – everything the boy needed to become a completely different man.

The Red Pill is an antidote to the anti-male propaganda taught in schools and colleges.

The Red Pill is a movement created by young men to rediscover our natural masculinity, and reconnect with the great minds of our ancestors, from whom we’ve been cut off by a shallow and presentist culture and education system.

And that is why we are hated.