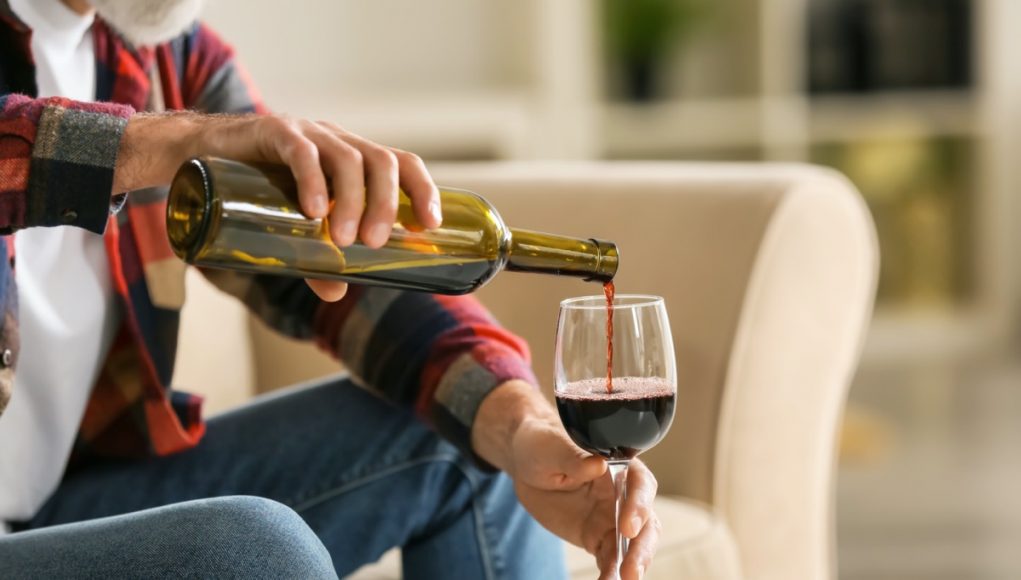 I lost my mother to alcohol, and it still wasn’t enough.

She didn’t even die. She just reached a point where drinking became her only priority in life. But no matter how bad it hurt to watch alcohol destroy my family, it wasn’t enough to ever make me question my own drinking habits.

Is alcohol hurting you? It was hurting me. Drinking to excess is one of the Five Mistakes I Made In My Early Twenties. If you’re a man in the process of questioning your longest-held beliefs – i.e., taking the Red Pill – this post will help you make better choices than I did.

Alcohol Is Destroying Your Body And Mind

If you care about Getting Lean And Muscular, alcohol will hold you back from the best physique and performance that you’re capable of.

Heavy drinking will also shrink your brain, weaken your heart, and eventually lead to chronic fatigue and dementia. Think back to the last time you got drunk. How did you feel the next day? How do you feel after a long weekend of binge drinking? A hangover is your body’s way of telling you to stop abusing it.

Sometimes I wonder how sharp my mind would be today if I hadn’t spent all those years in a drunken stupor. Did I sacrifice my greatest gifts in life for the sake of keg parties and dollar-shot nights? If so, can I ever get back what I lost? Who knows.

A young body is capable of withstanding incredible abuse. I used to pride myself on being able to go out drinking all night, then wake up and kick a girl out at eight o’clock in the morning so I could go grind through problem sets in the library.

But what could I have done if I had set a higher goal than being able to wake up and function? What if I had made it my goal to Optimize My Cognitive Performance from a young age? What great things might I have done in my early twenties, if I hadn’t drank away half my time and energy? I’ll never know.

It’s easy to forget that alcohol can destroy your life.

When you’re in your early twenties, everyone is drinking, everyone feels in control, and everyone feels confident that they’re on a path to success. Then you become an adult, the years roll by, and men start to fade. Everyone has a great stride at the start of a marathon.

Let me tell you about a friend named Ryan.

Ryan had as much potential as anyone I’ve met. After college, he landed a great job, and moved in with his girlfriend.

Then everything went to shit. The girl left. The career imploded. Ryan was no longer the cool, fun, carefree, successful guy who liked to get loose and have a few drinks. He became the aggressive, irresponsible alcoholic who took stupid chances and got kicked out of bars and parties. His drinking increased, becoming sad and medicative.

Everyone loves a happy alcoholic. It’s easy to ignore an addiction when everything is going right. But allowing yourself to become dependent on alcohol introduces fragility to your life. If everything you have starts to fall apart tomorrow, will you have the strength to rebuild from scratch? Or will you seek an escape in the drug that you’ve learned to associate with the better times? You have no idea until you try.

Life comes in peaks and valleys. When you’re brought low, will you give up? Or keep moving? The more dependent you are on alcohol and other easy escapes, the more likely it is that you’ll quit.

The Blue Pill Comes In A Bottle

If you’re reading Thumotic, you’ve realized that our society has declared war on traditional masculinity. The Cultural Marxists in power want to reduce men to soft, weak, compliant, effeminate shadows of themselves.

Nothing is more threatening to the ruling elite than groups of strong, smart, resourceful men, working together to challenge their power. But we can’t do very much when we’re all sleeping off hangovers.

Worst of all, binge-drinking culture is most strongly ingrained in groups of young men with the greatest potential to lead, such as fraternities and college sports teams. Fraternities could be the most Red Pill institution in America today, if they weren’t in thrall to the red solo cup.

Ask yourself: Who writes and produces the Hollywood films that glorify college drinking culture? Certainly not men who want you to become strong. Who’s interests are served when you make idols of Bluto, Van Wilder, and Frank The Tank? Certainly not your own.

You’ve taken the Red Pill. That means you’ve learned how to doubt what you’ve been taught, such as the idea that you must base your entire social life on an unhealthy, mind-numbing, oestrogenizing drug. Alcohol (and beer especially) reduces your testosterone. It literally makes you less of a man. And yet, we have been taught to associate beer with masculinity:

How much of this is coincidence? It’s interesting to note that drugs which make you more confident, contemplative, open to experience, intelligent, and masculine – i.e., Cocaine, Hallucinogenics, MDMA, Modafinil, and Testosterone – are actively repressed, while drugs that make you soft and weak (alcohol and marijuana) are accepted and glorified.

Even if you don’t believe in society’s war on men (i.e, you aren’t paying much attention), The Red Pill is about self-mastery, self-improvement, masculinity, and control over your destiny. Binge drinking is antithetical to each of these goals. It is completely ridiculous to call yourself “Red Pill” and still get drunk regularly.

Being An Alcoholic Is A Choice

You’ve got excuses. I know I did.

I wish I could tell you that it will be easy, and that all your true friends will stand by you no matter what. But I’m not going to lie to you. It won’t be that easy. Turning your back on alcoholism is a choice, and choices come with consequences.

Let me tell you about Steve.

In my first year of undergrad, my friend Steve realized that alcohol was hurting him.

Steve decided that he was going to start drinking less. We were supportive of his decision and we did our best to accommodate ourselves to Steve’s new lifestyle choice. It turned out to be a great opportunity for the rest of us to take a hard look at our own drinking habits, and develop some new common interests that didn’t revolve around alcohol.

What actually happened: Steve’s entire circle of friends ruthlessly mocked him for not getting blackout drunk. We still considered him a good friend. But, all we ever did was drink, and make fun of Steve for not drinking. Over time, he drifted away.

I’m telling you this story so you know what you’re getting into.

If your crew drinks every night, and you choose to go against the grain, you will lose friends. Maybe not all of them, and maybe not forever. But you will challenge their worldviews, and there will be consequences.

Part of the reason is the crabs-in-a-bucket phenomenon. Your friends will be threatened by your attempts to improve yourself. It would be a like a fat guy in a group of fat guys who started lifting weights.

It will hurt. Accept it.

In the end, Steve lost some friends. But he also didn’t fail any more classes, or spend any more nights in jail. We’re still in touch, and Steve is doing great. I know that the first year or two was hard for him, but he’s a better man for it, and I’m a worse man for not having the courage to follow his lead.

What Are You Going To Do?

There will be resistance:

I don’t say no every time. But every year, I say ‘no’ a little more often. I haven’t given up alcohol completely, but I do stick to a six-drink maximum on any single day.

Am I ever afraid of missing out? Not at all. I’ve been drunk a thousand times or more in my life. I get it. I know what it’s like. I also know that there are million other things to do and experience, and I have nothing to gain from re-hashing the same self-destructive debauchery every weekend.

If you’re a college-aged man, I’m jealous of the opportunity you have to make a choice, right now, to avoid the same mistakes that I made.

You will have to be a leader

You will have to accept that you will lose friends, and that your life will be full of small conflicts between yourself and the social norms around you. You will have to be prepared for the sideways glances, the pointed questions, the naked mockery that come when you order a soft drink, or serve your friends fresh juice instead of beer.

The younger you are, the easier it is to get caught up in what other people think of you. Trust me: The loss of a few temporary friends is not more important than your health, your time, your intellect, and your self-respect. If you find yourself with some extra free time, Start Lifting Weights, Use The Red Pill To Improve Your Life, and read some Great Books For Men.

The majority of college-aged men will spend the most important four year of their lives drunk or hungover half the time. But Thumotic is a community for exceptional men, who want to do exceptional things with their lives.

So tell me: What are your current drinking habits? Is alcohol hurting you? If so, what are you going to do about it? Tell us in the comments below.