Thumotic
Home Lifestyle The Concept Of “Psychopathy” Makes You Weak 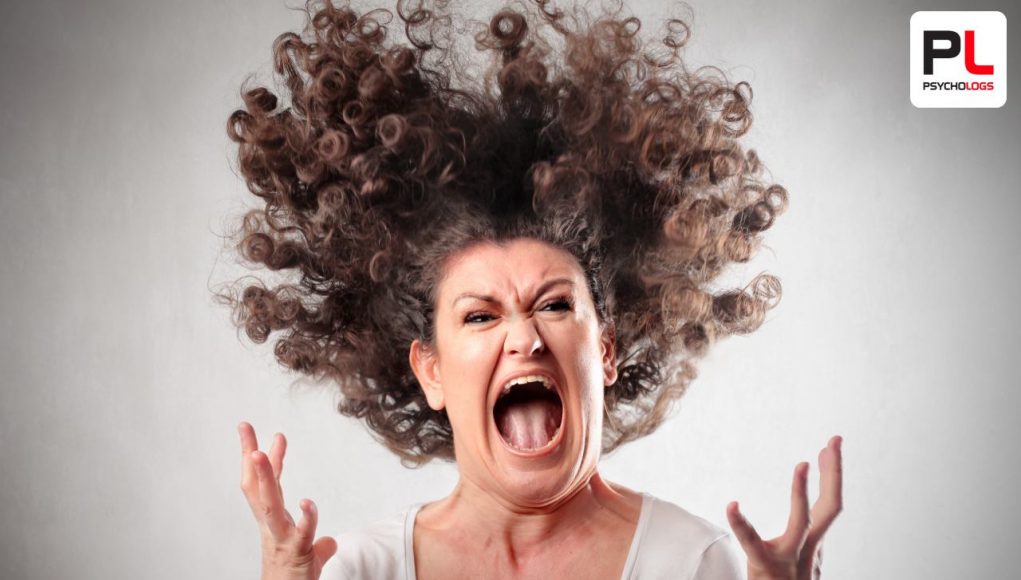 Spurred by Mangan’s recent post on Avoiding Psychopathic Predators, and Heartiste’s on How To Spot A Psychopath, I’ve some thoughts to share on psychopathy. To wit: the entire concept of psychopathy is a flawed and harmful belief.  “Psychopathy” conflates positive and negative traits and assumes they are naturally linked. This flawed (or perhaps, ruthlessly effective) definition of psychopathy is making you weak, and holding you back in life.

“Psychopathy” is just a word.

Words are not handed down to us from the gods; they (the words) are invented by imperfect humans. Usually, we invent useful words that help us clarify and explain concepts, but sometimes we screw up.

The word “Psychopath” as a signifier for a mental disorder of immorality, criminality, and Machiavellian behaviour dates to the early twentieth century. Our modern conception of psychopathy was laid out in 1941 with Hervey Cleckley’s Mask Of Sanity. A more recent airport book on modern psychopaths is Paul Babiak’s Snakes In Suits. I recommend both if you’re interested in the subject.

The definition and diagnosis of psychopathy uses the Hare Checklist of sociopathic behaviours:

Each factor is assigned a point value of 0 (does not apply), 1 (partial match) or 2 (reasonably good match). The official cut-off for a clinical definition of psychopathy is a score of 25 out of 40 possible points.

Most people – to put it mildly – do not attach any positive connotations to the word “psychopath.” But within the pick-up/Manosphere/Red Pill subculture, there’s a trend towards festishization of Dark Triad personality traits. Quoth Heartiste in an earlier post:

What is it about psychopaths that women can’t get thoughts of them out of their heads? Besides their evocation of high status shamans and warriors of EEA yore, psychopaths bring one big advantage to the mating arena that quickly propels them to the top — fearlessness. That dead zone in their prefrontal gray matter means that psychopaths don’t feel much when women reject them. No hurt, no guilt, no shame, no doubt, no anger, no nothing. Imagine the power at your fingertips if you had the ice cold stones to approach thousands of women nonstop without suffering even the slightest ding to your emotional state from any rejections. Imagine that, coupled with this exotic imperviousness, you impulsively hit on any woman who piqued your interest. I don’t think you’ll need a calculator to figure out how fast your notch count would rise given these personality priors. Chicks dig a go-getter.

See also, from How To Spot A Psychopath:

Perusing that psychopath trait list, I can’t help but notice at least a few of those traits are distinctive of successful, and psychologically healthy, womanizers who simply love the romantic company of (a variety) women. There’s a fair amount of overlap between psychopathy and tight Game. For instance:

Players can be manipulative, but so can women in their own ways. It’s fair to say a little bit of manipulation is normal and healthy in seduction. Legit psychopaths take that talent for manipulation to levels that would dismay even lifelong womanizers.

Can you hear the cognitive dissonance? Heartiste (and the Red Pill community in macrocosm) abhor psychopaths and urge you to keep your distance. But, we also say you should incorporate psychopathic traits into your personality. The Manosphere tacitly recognizes the value of certain psychopathic traits (who can argue with charm or high self-worth?) but we can’t whole-heartedly endorse psychopathy, because, well, I don’t really need to finish this sentence.

But in case I do: the above definition of psychopathy describes a man who burns his friends and family for short-term gain; lies frequently and when there is nothing to be gained; and is generally not worthy of your trust and affection. People (high-value people, at least) eventually catch on to malignant psychopathic behaviour, and excise such people from there lives.

Even if we put aside the moral dimensions of screwing people over: psychopaths eventually find themselves alone, friendless, unloved, untrusted, and unsuccessful. It’s just not a good life strategy.

The result of this confusing definition of psychopathy as a mish-mash of positive and negative traits, is a Red Pill community that struggles with cognitive dissonance. On one hand, the ability to understand and influence social situations is a good thing. But, you don’t want to be a guy who would sell your brother’s kidneys for money to buy a new juicer.

And it’s not like you can do one but not the other, right? This is a package deal! It’s all right there in the checklist.

Why the definition of psychopathy is making you weak

You probably recognize these symptoms as Asperger’s Syndrome, plus the last one. (I had a hunch that people with Asperger’s had a special affinity for dogs, and a bit of Googling suggests a few other people have made this connection, so there’s probably some correlation between liking dogs and the autism spectrum.)

But, does a love of dogs actually belong in our definition of Asperger’s/Caninophillopathy? Is it a defining feature of the illness? Is the symptom even pathological?

Of course not. By conflating the symptoms of Asperger’s with other neutral or positive traits, we have pulled off the neat rhetorical trick of pathologizing a love of dogs.

I suggest that our working definition of psychopathy does something similar, by forcing an association between negative traits (criminality, cruelty, poor impulse control, maladaptive lying, short time horizons) and virtues such as cunning, charm, a working knowledge of social dynamics, and goal-oriented social behaviour. This muddled definition has two harmful effects on our minds.

The first is the stigmatization of healthy, adaptive behaviour that gets labeled sociopathic. For example, if you explain to people (average people) the concept of goal-oriented communication – i.e, the ability to consciously interact with people in a way that advances your interests – their reaction will often be “OMG you’re a psychopath.”

To such people, considering what you’re about to say before you say it = Hannibal Lector.

On the other side of the coin: by linking pathological behaviours like cruelty, shallowness, and pathological lying, with virtues like  cunning and social savvy, the word “psychopathy” elevates those negative behaviours and causes impressionable young men strive to aspire toward “dark triad” personality traits. Men who simply want to exercise control and agency in their personal lives are tricked into believing that the only way to do so is to become a psychopath who lies, screws over his friends, has no concept of loyalty, and tries to condition himself to enjoy causing pain in others. Psychopathy connotes evil, but also strength. The result is a case of linguistic stolen valour – young men come to implicitly associate strength and evil.

Most men have some cruelty in their soul – the Cult Of The Dark Triad gives them a reason to nurture it. Other men, of a more sensitive disposition, are forced to wear a hat that never fits right. Neither type will ever be as happy and successful as they could be, if they just learn to annihilate the idea of psychopathy from their model of the world.

What’s the point of this nonsensical and harmful definition of a non-existent mental condition? Maybe I’m crazy, but I find the world starts to make more sense when you view our culture as a consciously designed tool to weaken and destroy us. Looking through this lens, the concept of Psychopathy serves two purposes:

The Psychopath/Non-Psychopath dichotomy suggests that people are either good and weak, or evil and strong. From the perspective of an elite that wants to remain in power, both options are acceptable: weak men can never accomplish anything; evil men will never develop lasting bonds to their friends, family, and nation that might inspire them to offer coordinated resistance.

The elite’s worst nightmare is a generation of men willing to discard a self-handicapping slave morality, and coordinate their newfound power to impose their will on the future. The concept of psychopathy funnels men into the individual weakness of anti-psychopathy, or a malignantly psychopathic inability to form cohesive social bonds.

These traits are generally self-destructive, anti-social, and maladaptive. But other aspects of our popular and clinical view of psychopathy – charm, social cunning, the ability to endure emotional circumstances without bawling like a toddler – are virtues that we should aspire to, rather than a sickness we should pathologize.

Am I a psychopath? It would appear so. I took the test above, and scored a clean twenty-five. Any man who writes about social dynamics, Game, NLP, and the commonalities between pick-up artists and SEOs, must have traits that the world defines as psychopathic.

But at the same time: I am deeply loyal to my friends and family; I recognize the value of my word and a reputation for honesty; I am not cruel to people for fun and amusement; most importantly, I have plenty of ambitious long-term goals – one of which is to help young western men escape the self-destructive beliefs that are keeping them atomized and weak.

So from now on, I suggest you banish the concept of “psychopath” from your vocabulary and mental model of the world. Don’t let the linguistic conflation of virtue and vice weaken your mind. You don’t have to choose between being strong and evil, or good and weak.